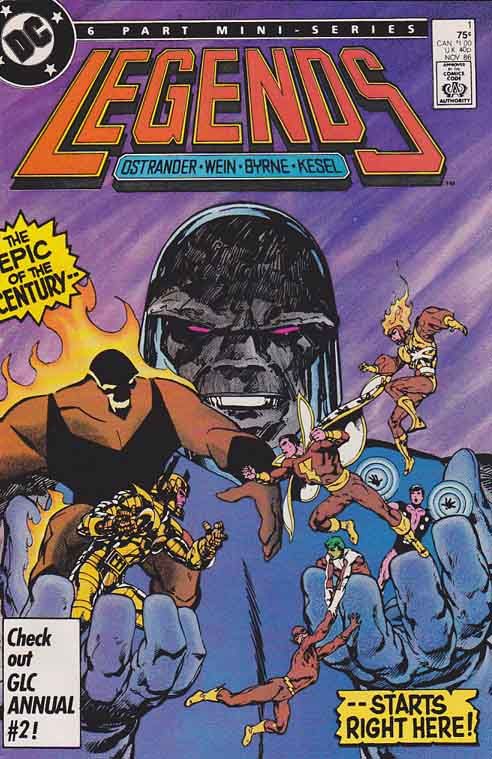 New on my Pinterest: Comics Art : George Perez http://bit.ly/2eEx3de : Legends was a comic book crossover story line that ran through a six-issue, self titled limited series and various other titles published by DC Comics in 1986 and 1987. Each of the individual crossover/tie-in issues had a Legends Chapter # header added to their trade dress . The series was plotted by John Ostrander, scripted by Len Wein, pencilled by John Byrne, and inked by Karl Kesel . You can see it here: http://bit.ly/2EWAuIW