Someone shine a spotlight signal into the sky, because we’ve got a tantalizingGotham Season 5 scoop for all to hear.

When the cast of Fox’s Batman prequel series visited TVLine’s Comic-Con studio presented by ZTE, Michael Ausiello requested a parting gift before they moved on — any scoopy little something to whet viewers’ whistles. And boy, did one cast member come through big time, revealing that [Spoiler] will become [spoiler] at some point during the coming season. (You’ll need to press play to get those blanks filled in.)

Elsewhere during the video Q&A: Ben McKenzie revealed the result of Gordon trying to patch things up with lady love Lee; the cast effused that Gotham‘s version of the mad Hatter is sufficiently “creepy”; Robin Lord Taylor teased an “obstacle’ created by Penguin’s adversary Fish Mooney; and David Mazouz shed some light on Bruce Wayne’s doppelgänger, who was glimpsed at the close of Season 2.

Among the many teasers for its upcoming films revealed at San Diego Comic-Con, Marvel announced some theme park news. A Guardians of the Galaxy ride is coming to Disneyland in California. It will be called Guardians: Breakout and will presumably be based on the team’s prison escape from the first film. Guardians of the Galaxy…

Couldn’t make it to Comic-Con International in San Diego? Marvel Television has you covered, releasing the first look at footage from Netflix’s « Luke Cage » moments after the show’s panel concluded.

The first video, which frames the new footage with clips from previous « Daredevil » seasons and « Jessica Jones, » features star Mike Colter as the titular hero, putting bad guys through walls and allowing them to break fists on his diamond-hard skin.

The second video is a proper trailer for the series, opening as Luke is wrestling with his conscience, debating whether the life of a hero is for him. Ol’ Dirty Bastard’s « Shimmy Shimmy Ya » kicks in as the rest of the teaser unfolds, and Luke unleashes his powers on those who deserve it.

At a panel during San Diego’s Comic-Con International, Marvel and Netflix released the first teaser trailer for next year’s superhero team-up series — which sees Daredevil, Luke Cage, Iron Fist and Jessica Jones together in live-action, for the first time — « The Defenders. »

Check out the grungy Nirvana-scored teaser trailer for « The Defenders » below:

Additionally, Marvel/Netflix debuted the first Luke Cage trailer, as well as the « Iron Fist » trailer at the presentation; you can read CBR’s report from the panel here.

Clearly a teaser meant to raise questions more than answer them, this first look at « Iron Fist » gives glimpses of Danny Rand’s childhood, what appears to be his arrival in the mystical city of K’un Lun, the lead character struggle with restraints and subsequently using his power — the titular iron fist — to punch through a wall.

A release date hasn’t yet been announced for « Iron Fist, » but like « Daredevil, » « Jessica Jones » and the September-debuting « Luke Cage, » it will lead to the « Defenders » miniseries, teaming up each of the street-level heroes. « Iron Fist » stars Finn Jones in the title role, and has « Six Feet Under » veteran Scott Buck on board as showrunner.

SDCC: The X-Men & Inhumans Prepare For « Death Of X » – The future of Marvel’s mutants and Inhumans is teased in this comprehensive panel featuring writers Cullen Bunn, James Asmus and more.

Since the launch of « All-New, All-Different Marvel, » X-Men fans have eagerly awaited the reveal of what exactly went down between Cyclops and the Inhumans during the eight-month gap following« Secret Wars. » Now, all stands ready to be revealed. As part of the upcoming Marvel NOW!initiative, the publisher will launch « Death of X » — a series designed to specifically address all the questions X-fans have been asking about the conflict between mutants and Inhumans.

« This is a huge story that’s going to fill in the gap between ‘Secret Wars’ and where we are now in current continuity, » said Alonso. « You’re going to find out where Cyclops and Emma have been and that involves the X-Men and the Inhumans. » Purdin then showed off some of Kuder’s interior art, which featured Cyclops and a group of X-Men on a Blackbird jet, as well as a look at the Inhuman Royal Family.

The presentation turned to « Uncanny X-Men, » and Bunn spoke about his book’s new arc. « From the first issue we’ve been hinting at the Hellfire Club and what they’ve been up to. With issue #11, we’re going to reveal a new version of the Hellfire Club and the way it’s connected and opposed to Magneto’s team of X-Men is real interesting and will change how you look at the team. Information about issue #13 was revealed, stating that the X-Men and Hellfire Club will have a begrudging team-up. « They’re not pals or buddy buddy, but they are working together against a new threat, » said Bunn. « It’s a new threat but also has some deep connections to Magneto. »

Bunn’s other series, « Civil War II: X-Men, » came up next. « The arrival of Ulysses in the Marvel Universe has set a lot of different factions at odds, » said Bunn. « Magneto’s interested in Ulysses and thinks it’s the key to the ongoing survival of mutants. He’s decided the only way to make sure Ulysses benefits mutantkind is to take him off the board and put him in Magneto’s camp. Magneto’s making moves to secure Ulysses. » In issue #3, Magneto’s team will go through changes with some « fan favorite » characters showing up in the series. 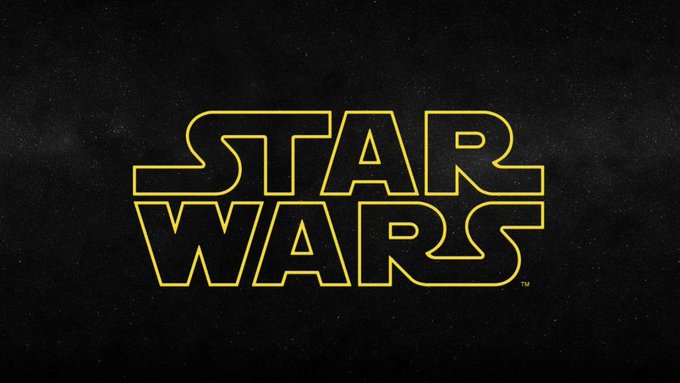 Stan Lee’s Cosmic Crusaders, a new animated series from Lee’s POW! Entertainment, has made its online debut via The Hollywood Reporter.

The series focuses on Lee himself leading a group of aliens as they become a super team. New episodes will be available from THR daily through Friday, July 21.

« I can’t wait to bestow upon the world one of our latest creations, Stan Lee’s Cosmic Crusaders, » said Lee. « Celebrating 75 years in the entertainment business is staggering enough, and as if this wasn’t exciting enough, we’ve joined forces with my friends at The Hollywood Reporter and Genius Brands International so you don’t want to miss out on this event! »